First quarter was both productive and a colossal failure. January was great. I wrote a lot for my manuscript, then a house fell on me in February. I tried to fight my emotions by working on a short story and reading. A lot of reading. But, I’m still not in full swing with finishing the final book in the Primordial Realms series. Here’s the quarterly recap.

Come What May (Sam Harlan, Vampire Hunter Book One) by Kevin Lee Swaim: I approached this book with dread, because I was coming off a run of barely surviving several terrible or flat out boring books in a row. This novel was a pleasant surprise. Come What May was an emotional and fast paced journey. It had twists and likeable characters. I certainly would read book two in the Sam Harlan, Vampire Hunter series.

Discovered on the Salve Planet (Pykh Book One) by Eileen Glass: I thought this would be the typical sci-fi M/M/M alien erotic romance, but it turned out to be much more interesting. The world building is enough to make the settings feel real places, but didn’t bog down the story. The three main characters, Siel, Pykh, and Carter, are loveable and each has a unique voice. This story could have easily devolved into clichés that plague gay erotica, but it never did. Overall, Discovered on the Salve Planet is a fun, sexy read. I finished the book in a few days and I liked it so much, I immediately bought book two. 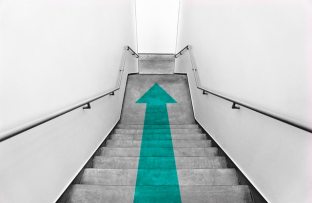 Human Omega: Trapped in the Alien Jungle (Pykh Book 2) by Eileen Glass: The novel had ten times more world building than book one. The additional world building slowed down the pace, but developed the characters and their backstories perfectly. I grew to love Pykh, Carter and Siel so much more. I docked this book a star due to certain things being repeated numerous times. This is another fun, easy read and a delightful addition to the gay erotica genre.

Warlock for Hire: Arcane Inc. Book One by Sean Stone: I disliked the protagonist, Eddie Landcaster, and didn’t care if he defeated the stereotypical villain, Killian Meyers. The novel was well written and the pace kept me turning pages. Unfortunately, everything about Eddie, and him speaking directly to readers, turned me off.

Magic of the Gargoyles (Gargoyle Guardian Chronicles Book One) by Rebecca Chastain: This was a cute, fun and entertaining story. The lead protagonist, Mika, was sweet and brave. This was a fast, cute read.

Other Books: I read these.

A Ferry of Bones & Gold (Soulbound Book One) by Hailey Turner

Of Ice and Snow (Fairy Queen Book One) by Amber Argyle 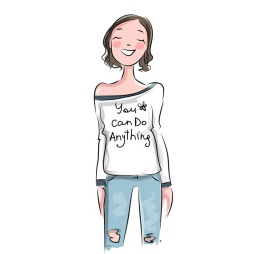 In January I was so productive. I’m quite angry at myself for slacking off. One good thing was finishing a rewrite on a short story I co-authored. This is definitely being considered as part of my short story goals. I’m getting back in the saddle with my manuscript in 2nd Q.

Trapped in a Broken Place has been published on Amazon. Woo Hoo! I did two promo eNewsletter site ads like I normally do. The results weren’t good. I’m currently running Amazon Advertising sponsored product ads. So, we’ll see how that goes.

Moving forward, I plan to:

Continue writing the last book in the Primordial Realms series.

Write at least one flash fiction and/or short story.

What goals did you accomplish in first quarter?

I hope you liked this month’s blog post. The books in my urban fantasy series, Primordial Realms, are available at Amazon. They are free on Kindle Unlimited! Please let me know your thoughts by liking, commenting, or subscribing. 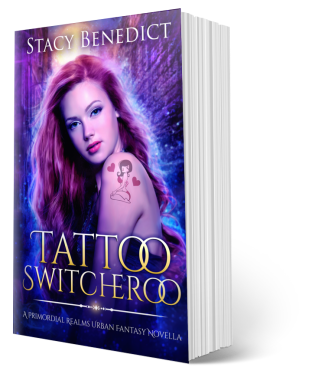 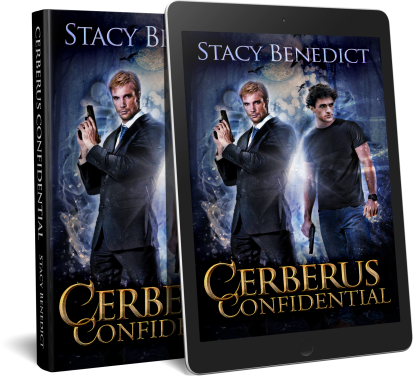 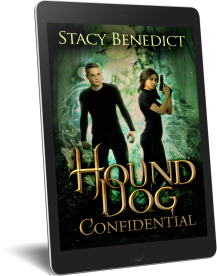 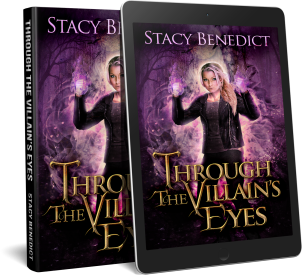 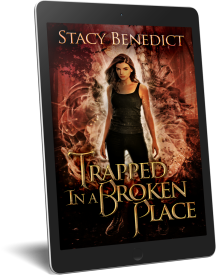