The Emmy nominations are out.  I don’t watch most of the nominated programs, but I have nothing else to blog about this month so why not give my uninformed opinion anyway?  Not knowing something doesn’t stop anyone else online from speaking out. 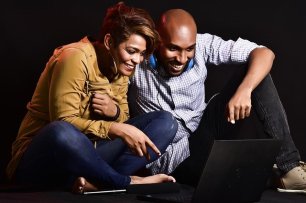 “The Mandalorian” (Disney Plus)

I’ve only watched “The Crown” and “Succession.”  My pick goes to “Succession.”  This show was so good it hurt.  Every Sunday night that it was on was “don’t bother me during Succession or I’ll murder you” night because my mother and I were on the edge of our seats watching it.  I say this as someone who wasn’t even that impressed with the first season.

My Emmy pick is, “Grace and Frankie” (Netflix). Seriously, how was this show not nominated?  It’s literally laugh out loud funny.  Lily Tomlin and Jane Fonda have awesome chemistry and comedic timing.  Plus, I get such a kick seeing Martin Sheen and the guy from Law & Order as a couple.

Hands down, “Watchmen” is the winner here.  I don’t know or care what the other shows are doing.  “Watchmen” started off slow, but man did it deliver on everything in every way. This is by far the gold standard for comic book TV shows.

“The Daily Show With Trevor Noah”

“The Late Show With Stephen Colbert”

This is tough because I just love “The Daily Show” and “Last Week Tonight.” I watch both.  Stephen Colbert is also really funny too, but Noah and Oliver are practically doing G-d’s work with their informative programing.  My Emmy pick would be, “Last Week Tonight with John Oliver.”  Man, that was hard.

Jeez, how is “A Very Brady Renovation” even nominated?  I watched some of it and thought it was both boring and sad at the same time.  My Emmy pick goes to “Antiques Roadshow.”  I’ve been watching “Antiques Roadshow” for forever and it never gets old.

Well, that’s it for my totally biased opinions on the 2020 Emmys.  What are your choices for the above categories?

I hope you liked this month’s blog post. The books in my urban fantasy series are available on Amazon. Please let me know your thoughts by liking, commenting, and/or subscribing. Also, you can join my mailing list by clicking here.