According to the Merriam-Webster dictionary a hero is:

1a : a mythological or legendary figure often of divine descent endowed with great strength or ability

b : an illustrious warrior

c : a person admired for achievements and noble qualities

d : one who shows great courage

2a : the principal character in a literary or dramatic work —used specifically of a principal male character especially when contrasted with heroine.

While the word gets bandied about for almost anyone these days, in mythology heroes were people who had strength, cunning, and showed courage in the face of grave danger. Here’s a list of my top five heroes in Greek mythology.

Achilles: He was one of the heroes on the Greek side of the Trojan War. His parents were Peleus, the king of the Myrmidons, and Thetis, a sea nymph. The phrase Achilles’ heel came about because of him. In myth, Thetis tried to make her son immortal by dipping him in the river Styx. She held him by his heel so that part never touched the water and was his weak mortal point. During the Trojan War, he commanded armies and killed Hector, the Trojan prince.

Meleager: He was the son of King Oeneus of Calydon and Althaea. He gathered heroes from all over Greece to hunt a wild boar that was terrorizing the country. During the hunt, two centaurs tried to rape Atlanta—a female member of the group. Meleager killed them and when Atlanta wounded the wild boar first, Meleager killed it and awarded her the hide since she shed the first blood.

Aeneas: He was a hero of the Trojan War on the Trojan side. He was the son of prince Anchises and Aphrodite. Having survived the war, he led his people on a seven year journey to Italy, suffering sea storms, and Hera’s wrath along the way.

Jason: He was the leader of the expedition to find the golden fleece of Chrysomallos. His parents were Aeson, the king of Iolcus, but the centaur Chiron raised him because Aeson’s half-brother usurped the throne and killed Aeson’s other children. Jason was smuggled out as a baby. During his quest for the fleece, Jason and his band of heroes, called the Argonauts (sailors of the Argo), rescued the prophet Phineus from some harpies, survived the symplegades (cliffs that crash together), yoked a team of fire-breathing oxen, and killed a never-sleeping dragon.

Theseus: He was an Athenian hero whose mother was Aethra and father was either the god Poseidon or Aegeus, the king of Athens. On his way to Athens to claim his birthright, he faced robbers and monsters. One of which was Periphetes, the son of the god Hephaestus. Periphetes liked to kill travelers with his club. He attacked Theseus and didn’t live to murder again. Theseus also faced another giant who liked to rob and kill travelers as well as a monster pig. He also won a wrestling match which is how he obtained the kingdom of Eleusis.

Who are your favorite heroes in mythology?

I hope you liked this month’s blog post. The books in my urban fantasy series, Primordial Realms, are available at Amazon. Please let me know your thoughts by liking, commenting or subscribing. 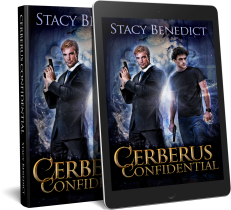