First quarter has ended so here’s a quick round up of where I stand on reaching my 2018 writing goals.

Here’s the partial list of books I read from January – March that were worth writing a review for in my blog.

The Merging (An Ian Dex Supernatural Thriller) by John P. Logsdon and Christopher P. Young: So good! I read this book in literally a day. The action was nonstop and I couldn’t put it down.  If you’re a writer and want to learn about pacing, study this book.

Magic Eater A Dark Lakes Story (An Uncanny Kingdom Urban Fantasy) by M.V. Stott: Loved this novel. At first I thought the story was focusing too much on the romance between the main characters, Joseph Lake and Chloe, but I was way wrong. Everything came together in the end. Joseph Lake lived and breathed like a real person.

The Variable Man by Philip K. Dick: This is a short story not a novel, but I liked it.  I’m just now discovering how awesome Philip K. Dick was and I look forward to reading more.

The Medusa Files, Case 1: Written in Stone by C.I. Black: When this story began, I was worried the heroine would be another version of a “strong female character” who acts weak and whinny, but every character in the novel comments on how badass she is for some unknown reason. That wasn’t the case.  U.S. Marshal Morgan Jacobs is a mentally tough yet venerable character who is struggling with her new magical powers that causes her to turn people into stone.

Seventh Decimate (The Great God’s War) by Stephen R. Donaldson: I couldn’t decide whether to rate this book three or four stars. It’s well written and the fantasy world was rich and wonderfully built, but boy oh boy was it a slog to get through. The ending was ridiculous. Completely ridiculous. The main character’s transformation made no sense to me. I won’t be reading the next book if this is a series. The reason why I gave it four stars is because I couldn’t stop thinking about it. The novel does have a lot of layers and the themes could translate to current events today, but something about the ending made me grind my teeth.

All of these books were just okay.  Nothing wowed me.

Mister Black: A Billionaire Seal Story (In the Shadows, Book 1) by P.T. Michelle

All In: A Prequel (The Sagittan Chronicles Book 0) by Ariele Sieling

I finished the third novel in the Primordial Realms series. I completed it in January and am ecstatic it is finished. Because I hand write my first drafts, typing it into a Word document serves as a second draft. During this time I add and subtract scenes and reword sentences. My hunt and peck typing style took me until the end of February. There is a ton of self-editing to do before turning the second draft over to an editor. 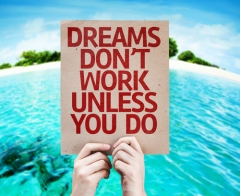 Last year I had decided to write a prequel novella for the Primordial Realms series. I’d started it, but now I’ve changed my mind. After much handwringing, mental turmoil and a few tears, I’ve decided to rework my first novel and basically split it in two. The subplot with Niels and Elan will be removed from Hound Dog Confidential and made into a novella.  The main plot of Hound Dog Confidential will be retooled a bit to take out some references to the subplot.

This is what’s best for Hound Dog Confidential and the series in the long run. I’m still planning to work on the original novella I had intended, but more of my time is going into splitting my first book up. Even though the thought of revising, redrafting and reediting the first book devastated me because of the time and money I’ve already sunk into this project, it is what is.

My hope is to have this new novella and Hound Dog Confidential finally done by the end of second quarter.

Moving forward, I plan to:

What goals did you accomplish in first quarter?

I hope you liked this week’s blog post. The first two books in my urban fantasy series are still free for a limited time. You can read Hound Dog Confidential before it changes!