There is no magic formula to create the perfect first line.  What is considered a great opening line is as varied as the novels that contain them.

Here are some openers that I think are pretty great: 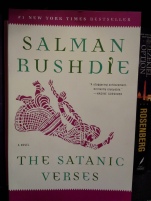 ‘To be born again,’ sang Gibreel Farishta tumbling from the heavens, ‘first you have to die. Ho ji! Ho ji! To land upon the bosomy earth, first one needs to fly. Tat-taa! Taka-thun! How to ever smile again, if first you won’t cry?

Sir Arthur Conan Doyle: “The Hound of the Baskervilles”

Mr. Sherlock Holmes, who was usually very late in the mornings, save upon those not infrequent occasions when he was up all night, was seated at the breakfast table.

The cold passed reluctantly from the earth, and the retiring fogs revealed an army stretched out on the hills, resting.  As the landscape changed from brown to green, the army awakened, and began to tremble with eagerness at the noise of rumors.

After Wilmington, the daily drinking stopped.

He’d go a week, sometimes two, without anything stronger than diet soda. He’d wake up without a hangover, which was good. He’d wake up thirsty and miserable—wanting—which wasn’t.

“Bring us our dead.”

At the same time as he heard the voice, Richard felt the touch of an icy hand on the back of his shoulder. He drew his sword as he spun.

The goblin experience of the world is the cult or perhaps religion of Unggue. In short, it is a remarkably complex resurrection-based religion founded on the sanctity of bodily secretions.

Shadow had done three years in prison. He was big enough, and looked don’t-fuck-with-me enough that his biggest problem was killing time.

I lost an arm on my last trip home.  My left arm.

What are your favorite opening lines?

Hope you found this week’s post helpful.  You can read the first chapters of my novels on the books page.