Everyone has their favorite movie about love or their favorite action movie or comic book movie franchise. Ha! Just kidding with the last one. The Marvel Cinematic Universe has been kicking DC’s box office butt for years now without breaking a sweat.

As an author, I put together a list of my favorite movies about writing and/or writers. The variety of types of writers in movies surprised me.

As a New Year’s Resolution, 32-year old Bridget Jones decides to take control of her life, starting by keeping a diary. Things get heated when her boss, Daniel Cleaver, takes an interest in her while at the same time she’s also developing feelings for Mark Darcy, a childhood friend.

After a major car crash, novelist Paul Sheldon is saved by former nurse Annie Wilkes, who is his biggest fan. Annie brings him to her remote cabin to recover, where her obsession takes a shadowy turn when she discovers Paul is killing off her favorite character.

The movie is about The Washington Post’s part in exposing the government’s cover up and the Pentagon Papers.

Set in 1941, a New York playwright, Barton Fink, accepts an offer to write movie scripts in L.A., but he has writer’s block and can’t write the B-movie script he has to do. His neighbor, insurance salesman Charlie Meadows, tries to help, but a bizarre series of events distracts Barton even further from writing.

The movie looks at the similarities in the lives of Julie Powell and Julia Childs. Julie Powell goes on a culinary quest to prepare all 524 recipes in Julia Childs’ cookbook, Mastering the Art of French Cooking.

A young English writer, Christian, goes to Paris to follow the Bohemian revolution taking hold of the city’s drug and prostitute infested underworld. He stumbles into the Moulin Rouge, a night club where the rich and poor men come to be entertained by the dancers, but things take a sinister turn for Christian as he starts a love affair with the star courtesan of the club, Satine.

What is your favorite movie about writing or writers?

I hope you liked this month’s blog post. The books in my urban fantasy series, Primordial Realms, are available at Amazon. Please let me know your thoughts by liking, commenting or subscribing. 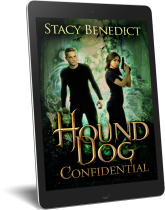