I hope everyone had a wonderful 2017. Fourth quarter blurred by. My work life grew more hectic with late nights and demanding clients. I’m grateful, however, to be employed and mostly healthy. With wars and natural disasters making life difficult for many people around the world, I’m lucky to be able to complain about trivialities on my personal blog.

I did more this year than in 2016, but I still didn’t hit all of my goals.  I’m proud of what I accomplished and hope to do more in 2018, plus I learned a lot about self-publishing by making many mistakes along the way.

Here is the check on my writing goals during 4th quarter.  You can follow my first, second, and third quarterly goals blogs here, here and here.

I read numerous mediocre to terrible books this quarter, most of which I don’t remember the plots. These are the ones that are worth mentioning.

The Viking’s Apprentice by Kevin McLeod: (3-stars) This was a slog to get through, mostly because the action and fighting scenes were dull.  They were summarized with no tension or vividness.  The overall story had a lot of potential.

Ethan: Prequel Novella (Brightest Kind of Darkness Book 0) by P.T. Michelle: (3-stars) The main character, Ethan Harris, is an obsessive stalker.  Ethan is one of those YA books that perpetuates the myth that when a hot, lonely guy who has magical powers that he can’t control stalks a girl in his class it is not only okay, but for her own protection. Ethan is also the typical Urban Fantasy character in that he learns to do things (fight/play guitar) without the aid of years of training. The book has no typos.

The Quest for the Thunderstone: A Dragon Warrior Short Fantasy Adventure by Craig Halloran: (3-stars) I powered through this short story somehow. This is another tale with potential, but the payoff wasn’t there. The main characters, Nath Dragon and Brenwar the Dwarf, were pale copies of characters I’ve read in umpteen Fantasy novels. The plot didn’t go anywhere.  This short is part of a series and I might check out the next book.

Witchmark: Urban Fantasy Prequel (Daughters of Hecate Book 1) by Meredith Medina: (3-stars) I had forgotten I read this short story.  “Boring,” is the only word I had next to it in my notes. This short novella is backstory for a three book series and it reads like backstory. No typos.

Death’s Servant (Before the VV Inn, Prequel Stories Book 1) by C.J. Ellisson: (3-stars) This book was just okay.  I didn’t connect with the main character Jonathan Winchester at all. He felt like a character in a book and not like a real person. I didn’t care if he saved the kidnaped werewolf, Raine, or her pack, and I especially didn’t like the vampire Dria or her human husband Rafe.  The story might have been better if Jon had found a way to save Raine and her pack on his own and left Rafe and obnoxious Dria completely out.

Maggie for Hire (Maggie Mackay Magical Tracker Book 1) by Kate Danley: (4-stars) The main character, Maggie MacKay, is interesting. She is the typical, snarky Urban Fantasy protagonist with a typical Urban Fantasy career of being a monster hunter. She also has a deceased parent, powers she hasn’t fully developed, and a hunky love interest who arrives in the nick of time to save her from single life—and vampires. The novel was fun to read.

The Skull by Philip K. Dick: (4-stars) Even though I guessed the ending from the beginning, I enjoyed reading this short story. The tale will stand the test of time (har, dee, har!) with its themes about mob thinking and violence.

Sandman Slim: A Novel by Richard Kadrey: (5-stars) I would have given it 6-stars. Loved. This. Book. James Stark is a mage who escapes Hell to get revenge on the evil people who sent him there. The story is a page turner and has a lot of humor. Stark is a memorable character that I both liked and was annoyed by.  The side characters were not as interesting. They were true side kicks in that they never threatened to steal the spotlight from Stark. The only thing that bugged me, a little, was the ease of which Stark steals luxury cars. At no point was he in danger of being stopped by police or confronted by the car’s irate, rightful owner. Sandman Slim is an excellent book which left me quivering to read the next in the series. 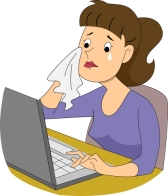 I added at least another thirty thousand words to the third book in the Primordial Realms series. While I’m nearing the end, it is still not finished yet. I’d hoped to be done with book 3 by now and am most disappointed with myself for not completing the task. I have no excuses. In the beginning, achieving a writing flow state came easy.  Every time I’d sit down to write, the words flowed naturally. Now, as I drag my story to the climax and denouncement, I want to do anything but write. Worse still, the words aren’t materializing. I hope to finish this novel by the end of January.

The second book in my Urban Fantasy series has been published! Wooo Hooo!

The eBook is free on iBooks, Kobo and Barnes & Noble.

The paperback and hardcover versions will become available on Amazon (soft cover) and Barnes and Nobel (hardcover) in 2018.

I’m sure you’ve notice, but I also updated my website.  It’s not a huge change, but I’ve wanted my book covers on the homepage for a while now. This theme better matches my Urban Fantasy novels than the previous pale pinks and pastel purples.

Please let me know in the comments section if you like it or not.

My main goal moving forward is to get book three done. A future blog post will detail how I did overall on my 2017 writing goals.

I hope you liked this week’s blog post. The first book in my urban fantasy series is still free for a limited time.

This is a reminder about my Urban Fantasy eBook Giveaway!  It is ending soon! #freebooks #urbanfantasy #contest

Disclaimer: Entry requires an Amazon.com account. Amazon will ship the prize to the winner. The winner’s name may be made public. NO PURCHASE NECESSARY. Must be 18+. 1 winner will be randomly selected after the giveaway ends. The winner will be notified by email and will have 48 hours to respond. Only residents of the 50 United States or the District of Columbia will be eligible to enter.