How detailed your character worksheets are depends on what works best for you.  Readers like to be given some physical description of a main character, in order to help create an image for themselves. Decide on how much you are going to tell your reader about your protagonist’s appearance, and how best to convey this information. Avoid clichés such as having a character examining himself or herself in a mirror. There are other ways to include character description, such as:

Here are some questions I used to flesh out my characters in my urban fantasy series, The Children of Ekhidna and Typhoeus. 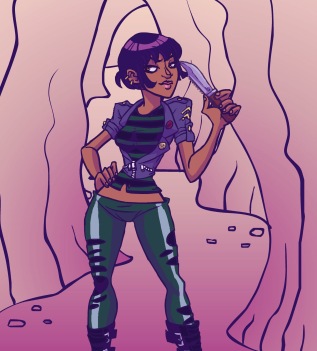 What does she care about?: Work, rank as a knight, Fionnley, Leela, family & friends, the law

What is the best thing that ever happened to her? The worst?: Best – Graduation from university/police force/becoming a detective/being named 2nd ranked knight & meeting Franny; Worst – Parents’ divorce, Leela being attacked

Most embarrassing thing that ever happened to her?  Kissing her best friend, she closed her eyes and went to kiss her, but the girl turned away

What is the one word you would use to define her? fighter

How other people see her: hardnosed, strong

Other traits, especially those to be brought out in the story: overprotective, leader

Fondest memory: family vacation to Honolulu, after she and Leela left the Pegasus Air Force & their parents were still married

Special skills/abilities: a whizz at darts

Things that make her happy: spending time with Fionnley, riding her Pegasus Gunner

Things that embarrass her: her mother’s gossiping

This character is highly opinionated about: animal rights; equality between Primordials 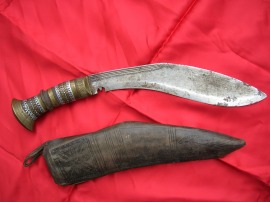 What is on your character’s night stand?: A badge, A hard cover copy of Ian Rankin’s Knots and Crosses: An Inspector Rebus Novel that she’s going to try to read someday

What does their writing look like?: Heavy, clear strokes

What disgusts them?: squeaky doors

This profile describes Meenu in the first novel, Hound Dog Confidential.  Things change in book two. Questions like “what is the worst thing that has happened to your character” would contain spoilers since it happens in the novels.

“Whether a character in your novel is full of choler, bile, phlegm, blood or plain old buffalo chips, the fire of life is in there, too, as long as that character lives.” —James Alexander Thom

“Developing a character with genuine depth requires a focus on not just desire but how the character deals with frustration of her desires, as well as her vulnerabilities, her secrets, and especially her contradictions. This development needs to be forged in scenes, the better to employ your intuition rather than your intellect.” — David Corbett, The Art of Character: Creating Memorable Characters for Fiction, Film, and TV

“It begins with a character, usually, and once he stands up on his feet and begins to move, all I can do is trot along behind him with a paper and pencil trying to keep up long enough to put down what he says and does.” ― William Faulkner

Hope you found this week’s post helpful. You can read the first chapters of my urban fantasy series The Children of Ekhidna and Typhoeus on the books page.