The more you know your characters, the fuller they will be. Genre fiction, such as horror, crime/mystery, fantasy, and science fiction are plot driven. No matter how action pack and intriguing the storyline, a novel will not succeed without believable characters. They need to be strong so readers can accept them as true. If readers don’t care what happens to any of the characters in a book, they will rapidly lose interest in the storyline.

Ways to create characterization in fiction:

Here are some questions I used to flesh out my characters in my urban fantasy series, The Children of Ekhidna and Typhoeus.

Friends: Human co-workers and Primordials. She is no longer close to the Primordials she grew up with in high school; She cannot mix her human friends with her Primordial family/friends

Did he/she have a happy childhood? Why/why not?: Yes, very happy. She is close to her step-mother and was the same with her father.  They both doted on her. She looked up to her father a great deal

Past/present relationships? How did they affect her?: Didn’t have many relationships in her past, only two. Both were long term and both she ended because they weren’t a right fit. Always felt like she didn’t belong, even with other human LGBTQ friends. Because things didn’t work out in the past, she fights to hang on to the one relationship that works for her.

What does she care about?: Yarah

What is the best thing that ever happened to her? The worst? Best – wedding day; Worst – finding out Yarah was unfaithful a few months after their wedding

What is the one word you would use to define her?: Driven

How other people see her: quite, intimidating 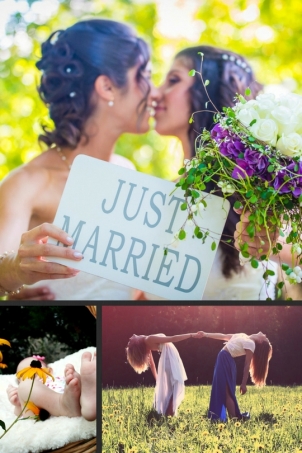 Opinion of herself: She is smart, dignified and competent

Ambitions: Start a family, get a higher paying job, buy a bigger house

Defining gestures/movements (i.e., curling his or her lip when he or she speaks, always keeping his or her eyes on the ground, etc.): eye rolling

Pet peeves: People that are late, People who discuss being on a diet, People who say “literally”, People who think they know a subject more than she does when they clearly don’t, Rap music, People who randomly sing out loud, Clapping at the end of a movie in the theater, Loud chewing, People who talk on the phone in public restrooms and in elevators, People who walk slow

Things that embarrass her: When Yarah says or does something dumb in front of her friends

Best thing that has ever happened to this character: Yarah saying yes to marriage proposal, graduating from university

Worst thing that has ever happened to this character: Yarah cheated on her, father dying in a diving accident

Look at your characters feet. Describe what you see there: Black, Skechers Foam Sneakers

This profile describes Blaire in the first novel, Hound Dog Confidential.  Things change in book two, as you can tell from the first chapter on the books page.

“Don’t expect the puppets of your mind to become the people of your story. If they are not realities in your own mind, there is no mysterious alchemy in ink and paper that will turn wooden figures into flesh and blood.” —Leslie Gordon Barnard

“What characters do must grow out of who they are, and who they are is, in turn, influenced by what you make happen to them.” — Nancy Kress, quote from the book Dynamic Characters

“If you tell the reader that Bull Beezley is a brutal-faced, loose-lipped bully, with snake’s blood in his veins, the reader’s reaction may be, ‘Oh, yeah!’ But if you show the reader Bull Beezley raking the bloodied flanks of his weary, sweat-encrusted pony, and flogging the tottering, red-eyed animal with a quirt, or have him booting in the protruding ribs of a starved mongrel and, boy, the reader believes!” —Fred East

Hope you found this week’s post helpful. You can read the first chapters of my urban fantasy series The Children of Ekhidna and Typhoeus on the books page.